“Each blast is different”

Emil Parnestam is an explosives expert helping to create the Johannelund Tunnel in Stockholm. He is fascinated by this unusual work every day anew. 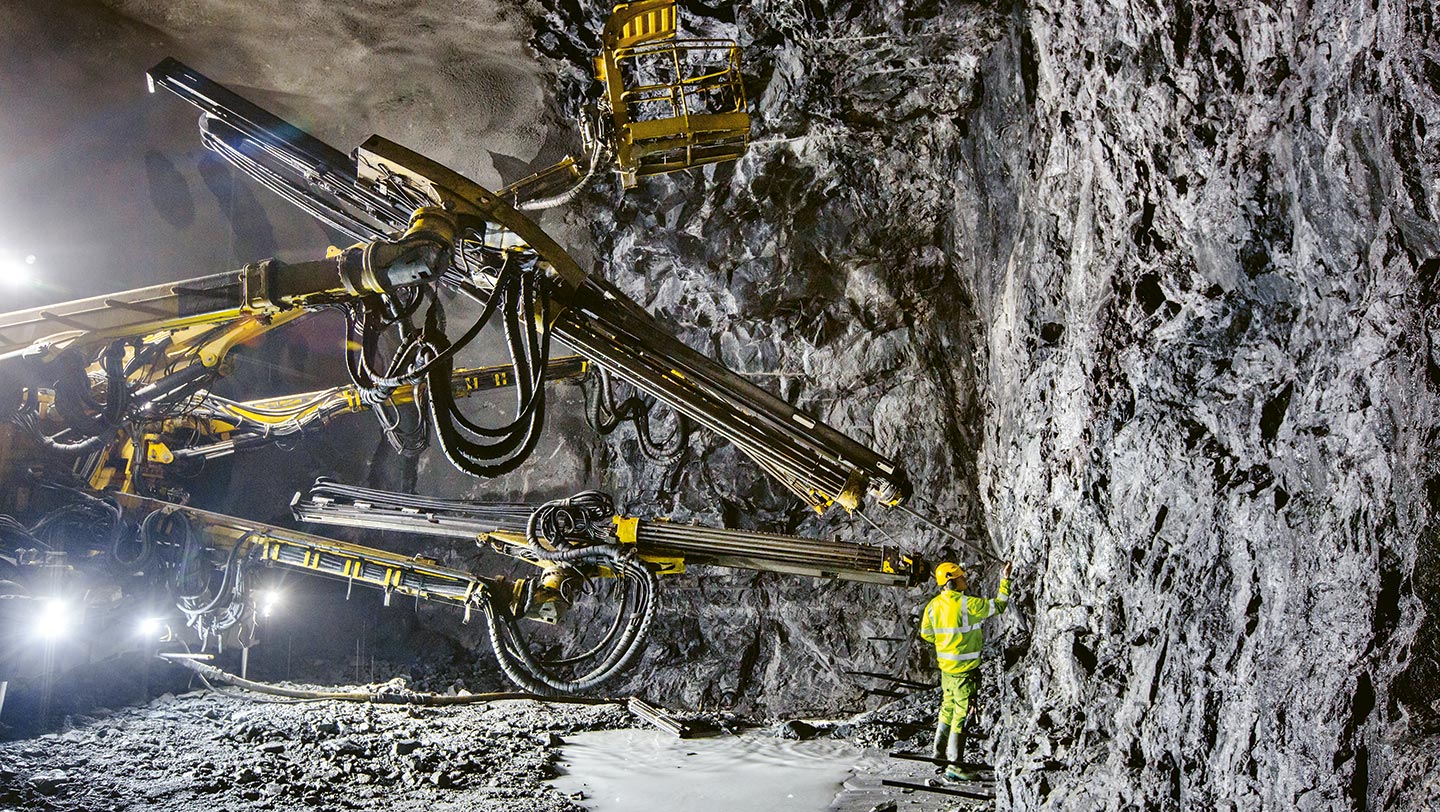 Emil Parnestam starts off with an admission: “At the beginning, I just loved the kick of the explosion.” But it’s very different now, says the 29-year-old: “Today, I am only happy when I see the results after the detonation and know that everything has gone as it should.”

Parnestam was born in Stockholm in 1989. From early on, he was only ever interested in a career in construction. He had a go at being a painter and a carpenter, but when a friend told him about the training to become an explosives expert, he knew that he had found his calling. His first tunnelling project was on an underground section of the Norra Länken highway in Stockholm. Later on, he worked on the Citybanan, a railway tunnel beneath the centre of the Swedish capital. Since August 2016 he has been helping to build the Johannelund Tunnel in Stockholm.

“I am only happy when I see the results after the detonation and know that everything has gone as it should.”

Each blast is a new challenge

But what is it that Parnestam likes most about being an explosives expert? “Every day brings new challenges. The rock structure can change after each blast, so you always have to respond to new situations,” he explains. A particular challenge, he continues, is tunnel-making beneath streets and houses in densely populated areas – a situation that places additional responsibility on the explosives expert: “Vibrations on the surface aren’t allowed to exceed a certain threshold, so we have to calculate very precisely how much explosive to use”. Experience is also very important, he says. After a detonation, for example, he will feel the rock with his hands: “Thanks to a lot of practice and experience, I can get an initial impression of whether boulders could break off and endanger workers”.

Sometimes, several explosions can be carried out using the same or a similar blue-print. Usually, however, the situation has to be evaluated anew each time. An experienced explosives expert can influence the process in a variety of ways – e.g. by varying the number and size of the holes that are drilled into the rock and filled with explosive. Ultimately it also depends on how much explosive is used and the sequencing of the detonations. “A good blast leaves the site easier to clear up afterwards. I always try to make life easier for the guys who come in and take away the blast material after I’ve finished,” Parnestam explains.

Most tunnels are made using a tunnel boring machine (TBM) or an excavator, or with explosives. TBMs are usually used when tunnelling through hard, solid rock. If the rock is too soft, however, such machines can get stuck, so tunnellers turn to explosives – the drill-and-blast method. Up to 1500 kilograms of emulsion explosive are used for each blast. A blasting cycle starts with drilling the holes, then filling these with explosives, then the clean-up and the removal of the blast debris. The whole cycle takes about 17 hours. Each blast at the Johannelund project takes the rock face back between five and six metres. The success of a blast depends on the precise arrangement of the blast holes and the exact sequencing of the individual explosions: each explosion reduces the integrity of the surrounding rock for the next one, thus maximising the overall impact. 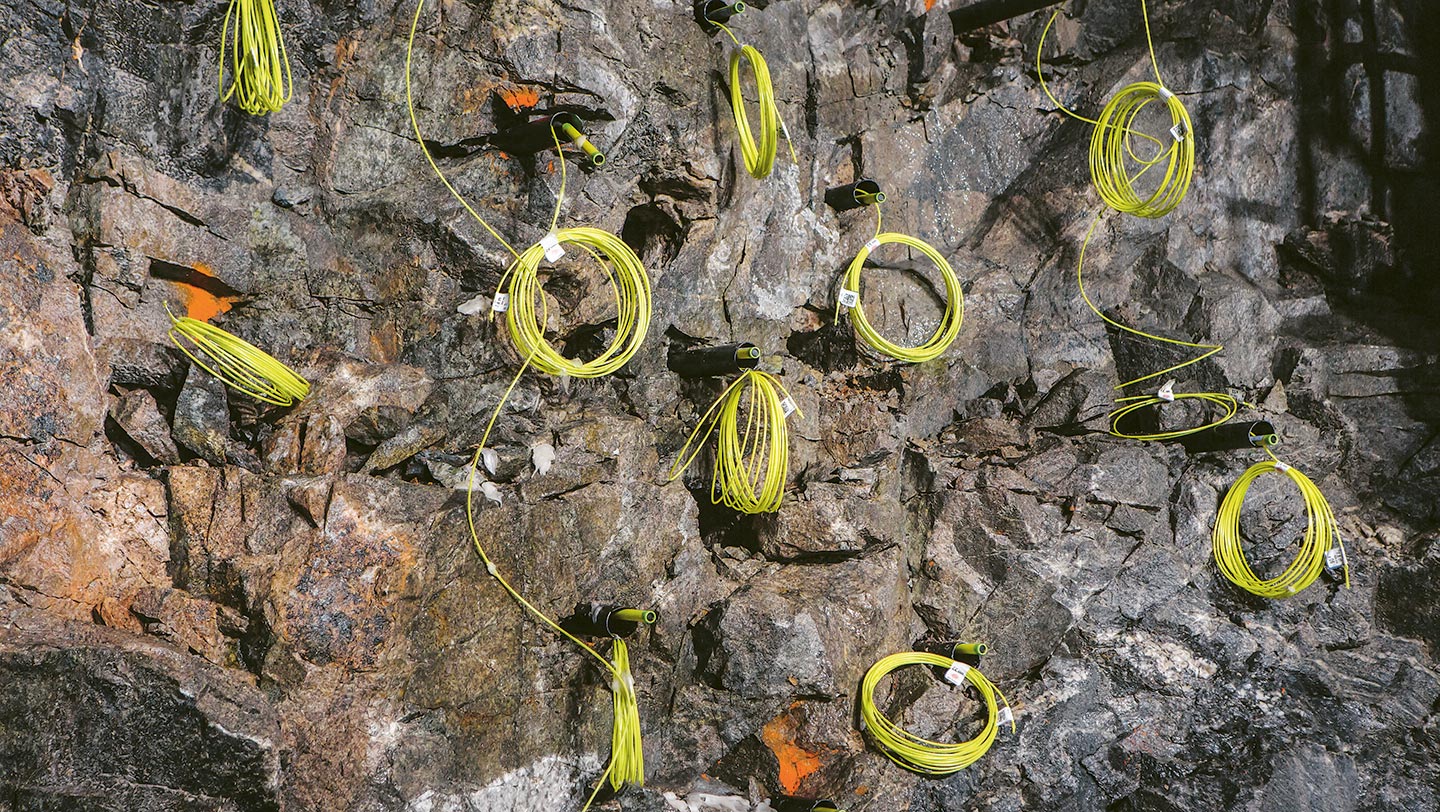 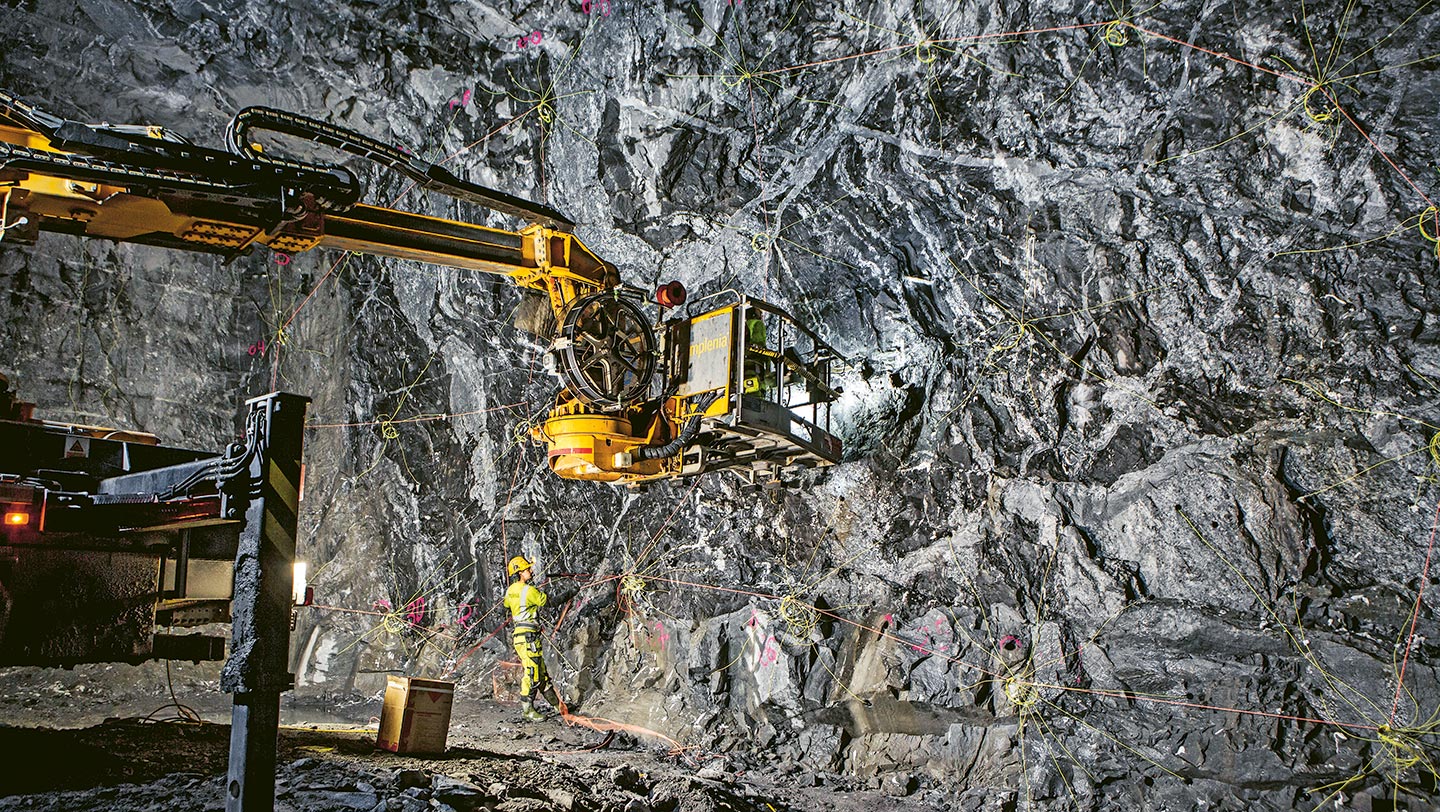 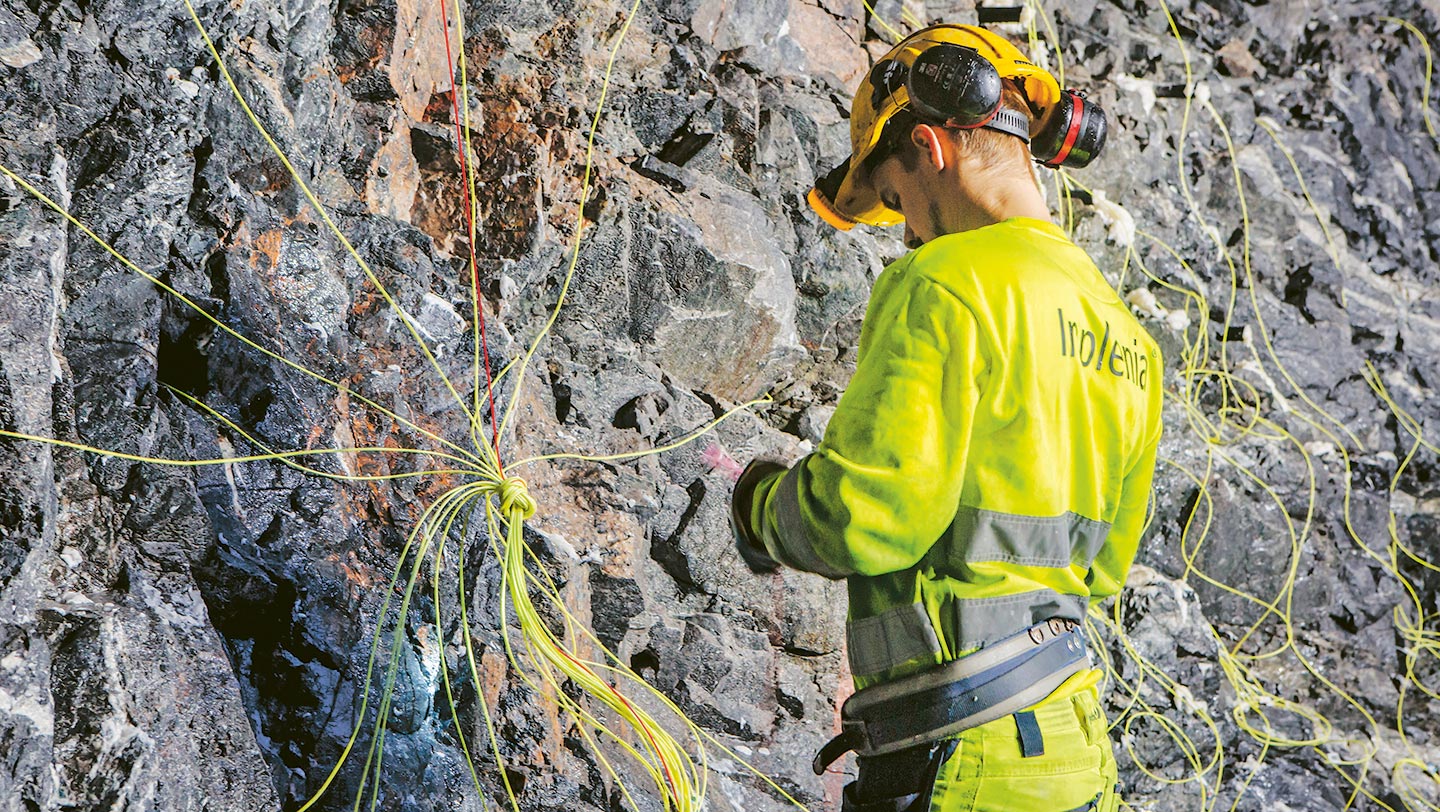 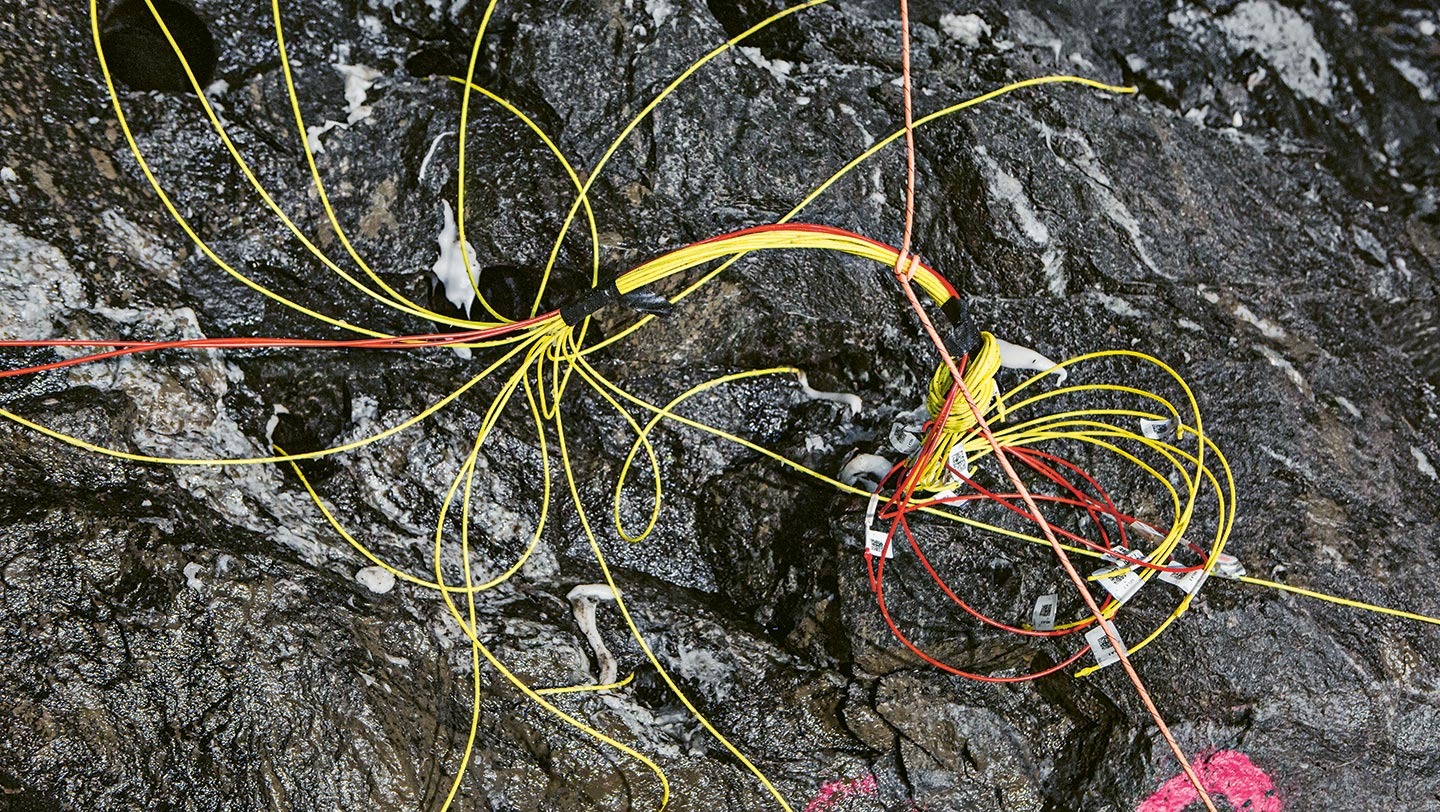 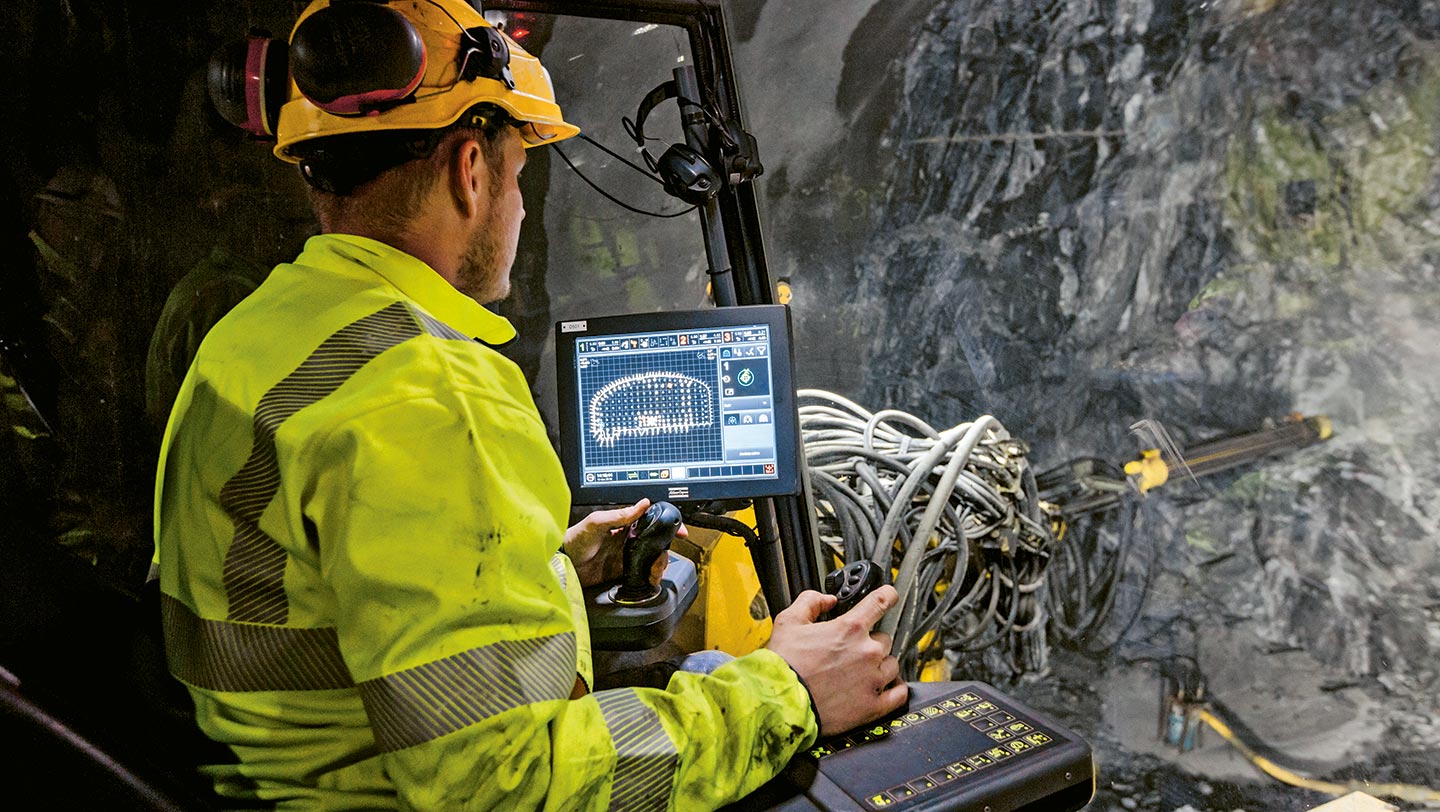 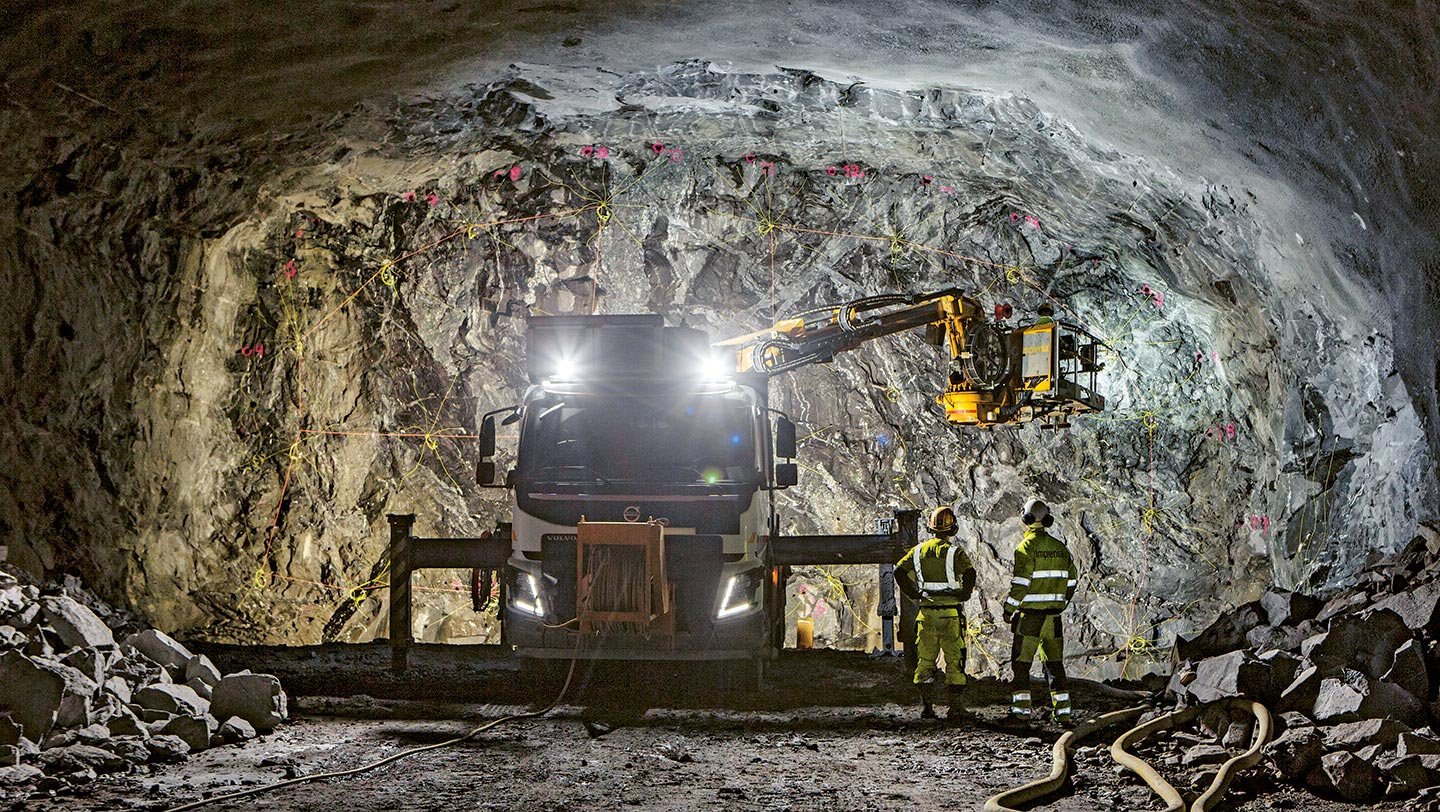 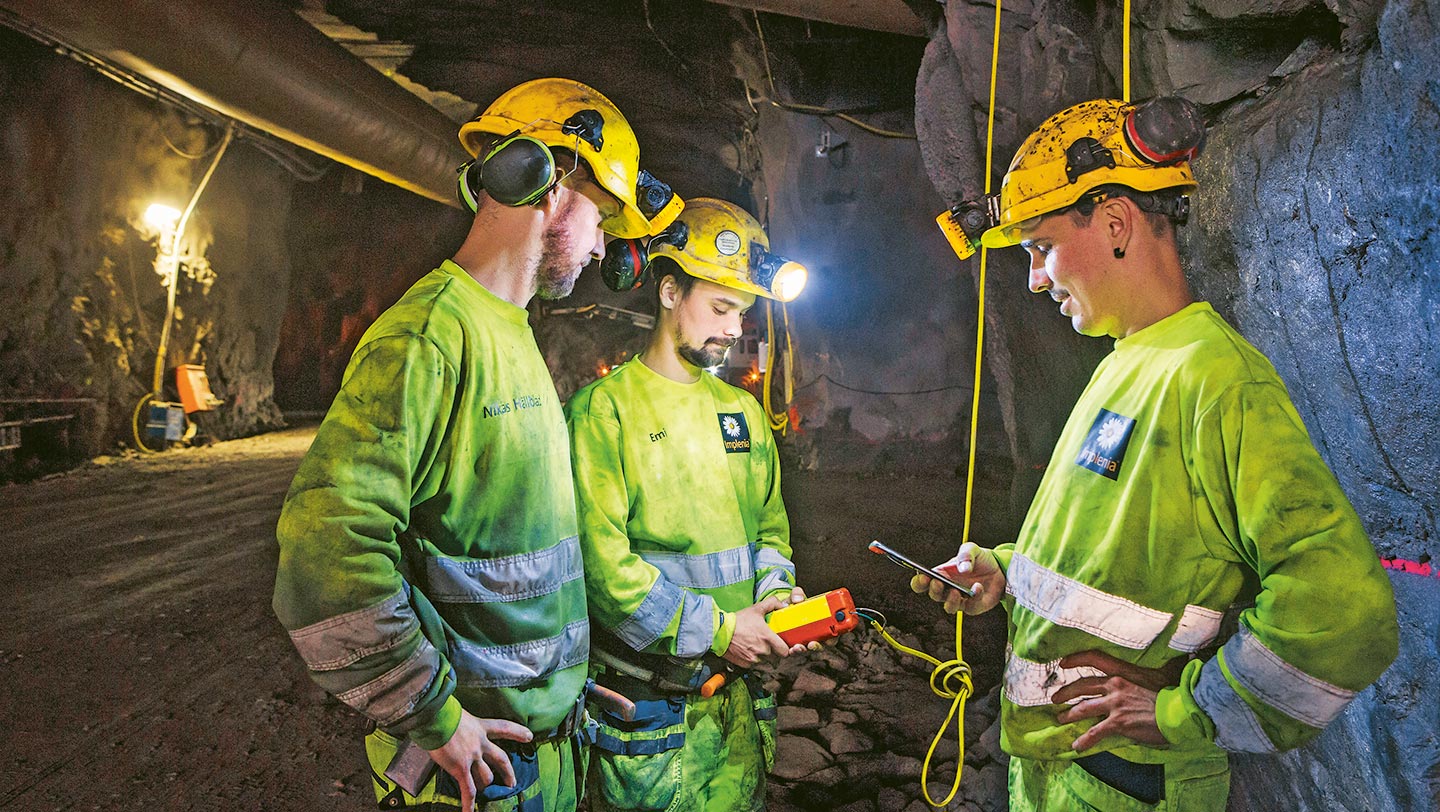 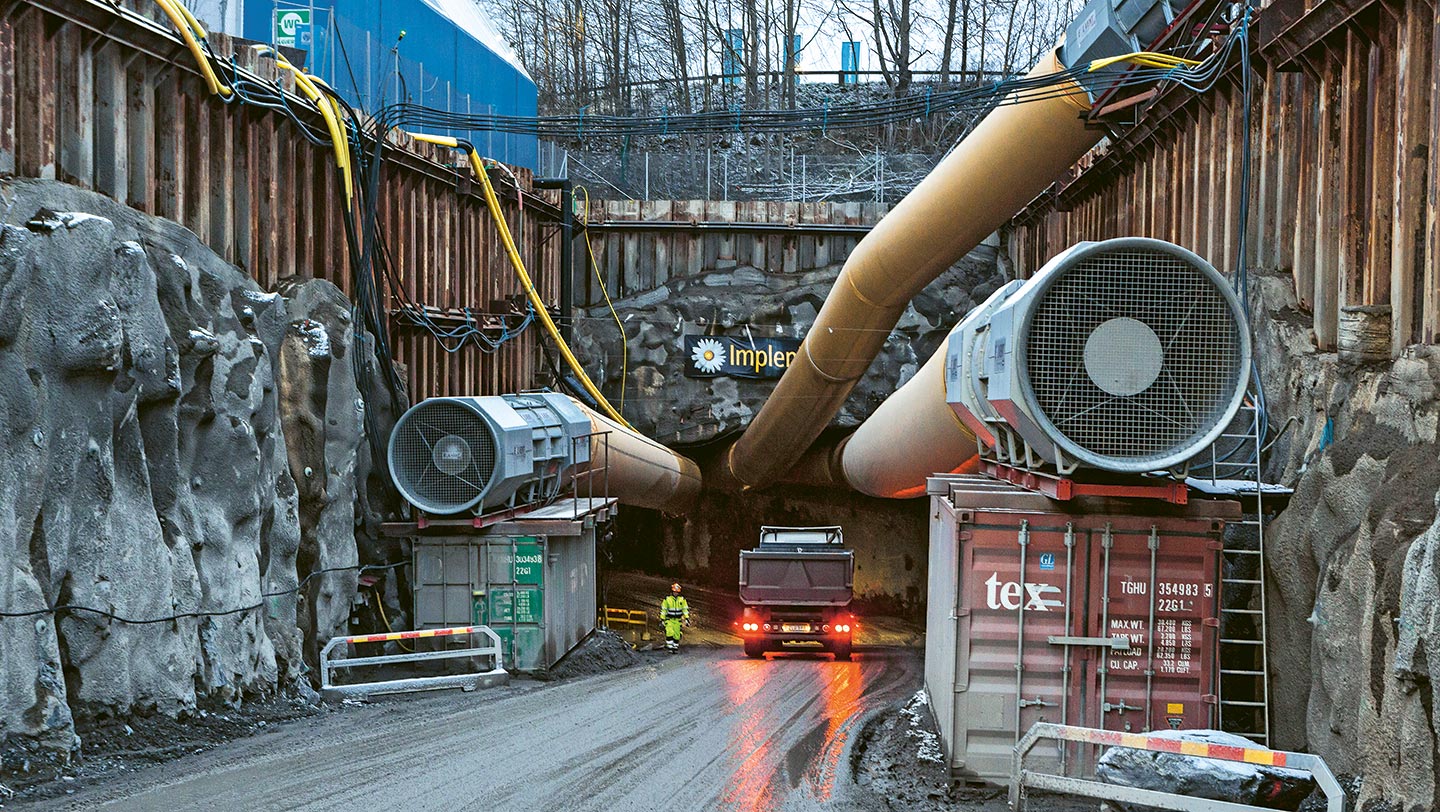 Another thing that Parnestam likes about his job, in addition to the variety it offers, is the “Stockholm week”, which is the name the workers give to their shift pattern. The tunnellers work on Wednesday, Thursday and Friday, but then have Saturday and Sunday off before working in the tunnel again on Monday, Tuesday and Wednesday. They then have a whole week off before the next shift begins. “I live in Stockholm, so I can be at home over the free weekend and spend a lot of time with my girlfriend and two children,” says the proud young family man. The fact that an on-shift day lasts from 7 a.m. to 10 p.m. is fine by him. “We’re really focussed on the job, and the mood within the Implenia team is good. And we go above ground during our breaks.”

Parnestam’s rather unconventional job is a talking point among his friends, but they have got used to it. It did take some effort to persuade his girlfriend not to worry about him: “I actually took her into the tunnel one time to show her around. She saw how carefully we prepared everything and saw that we would never expose ourselves to unnecessary risk. That set her mind at rest,” says Parnestam with a grin.

The “Förbifart Stockholm” bypass is creating a new north-south link on the edge of the Swedish capital. The Swedish Transport Administration (Trafikverket) commissioned Implenia to build the Johannelund Tunnel section of the road. The two three-lane main shafts are 7.2 km long in total. Besides the tunnel, the contract includes four single-lane entry and exit ramps, four access tunnels, several cross-shafts as well as electricity and ventilation installations. The contract is worth CHF 235 million.

Implenia offers a wide variety of job profiles in many different areas. Visit our job portal or contact our HR Department directly to find something suitable for you. 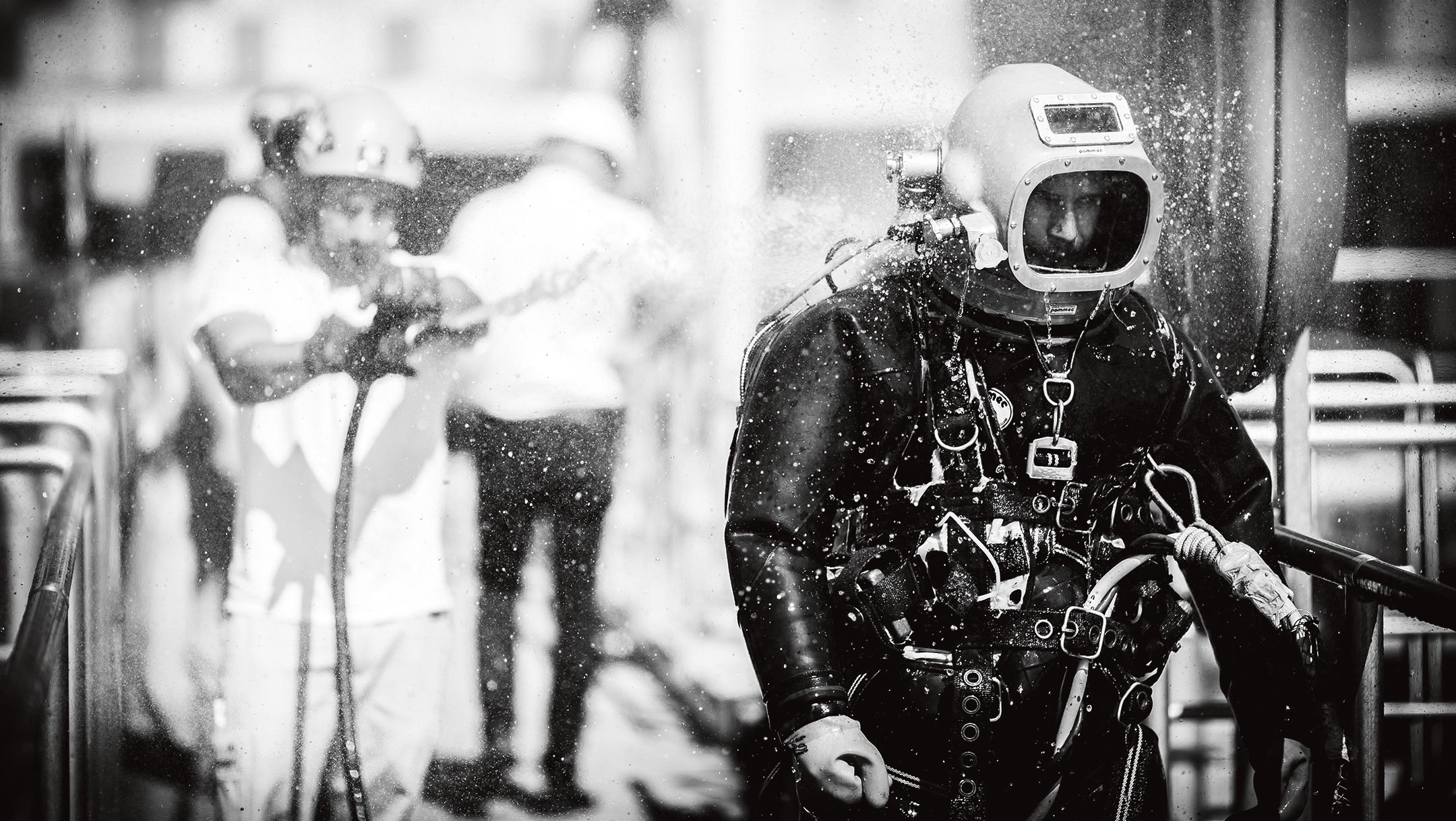 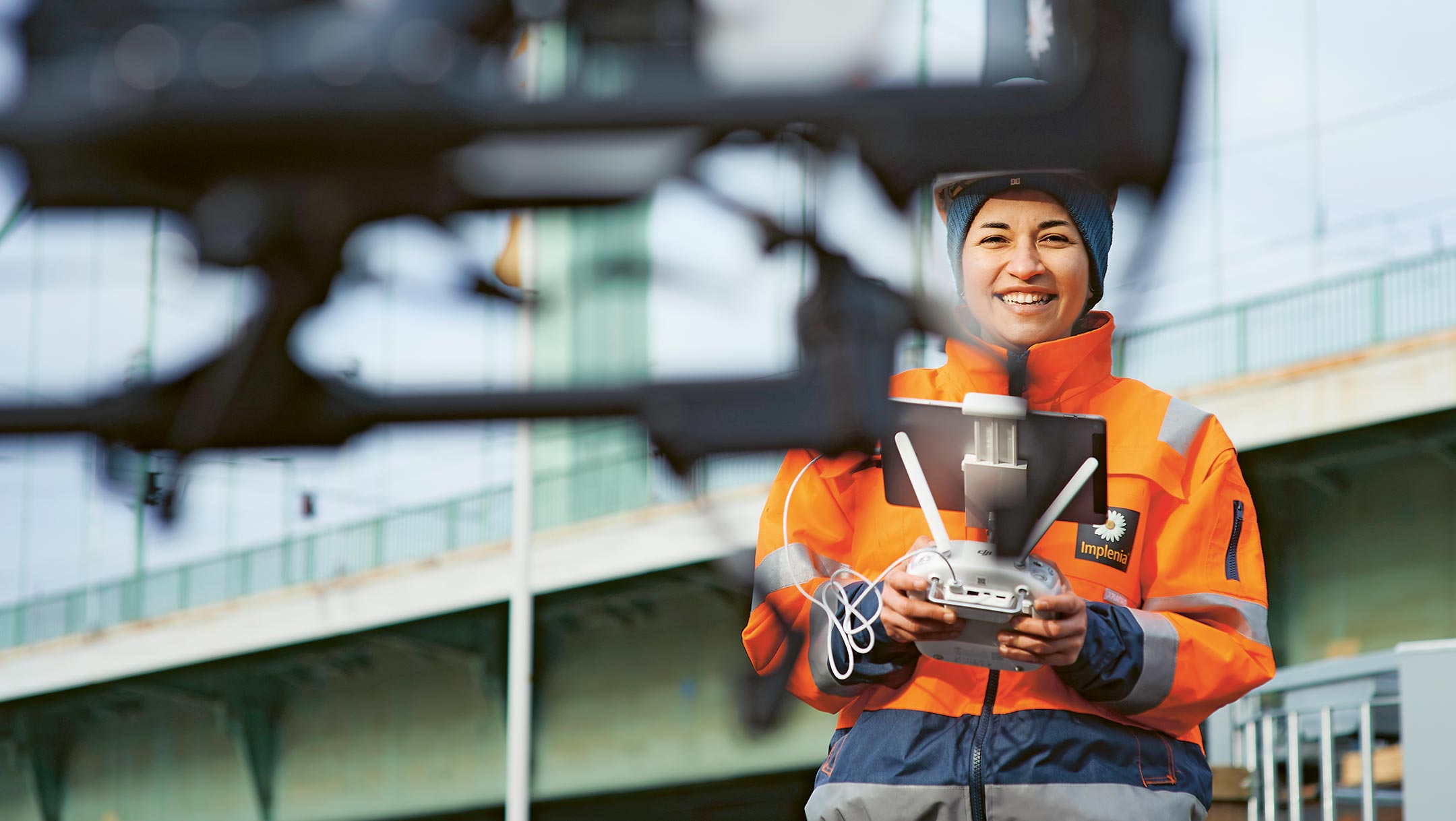